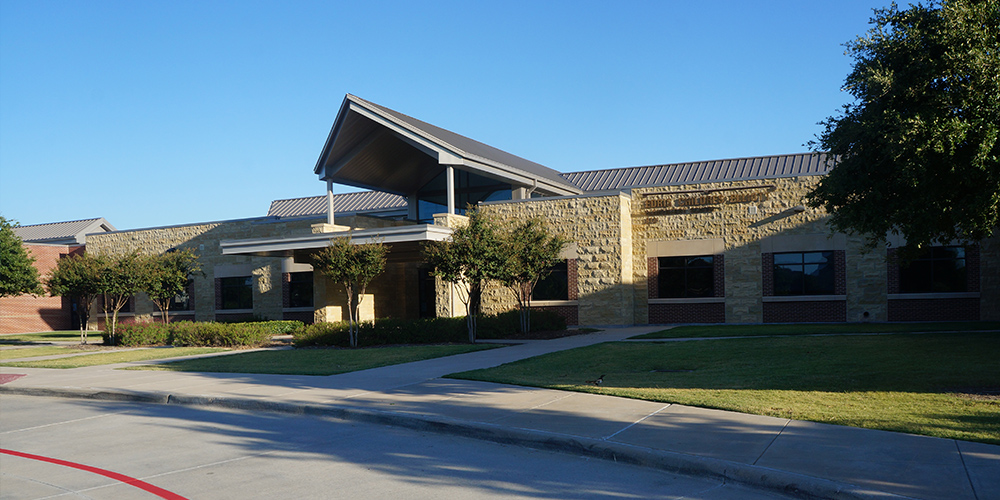 Edris was born in 1919 in Greenville, Texas. She was the daughter of Sam and Annie Childres. She graduated from Greenville High School in 1937 and from East Texas State Teachers College in Commerce (now Texas A&M - Commerce) in 1941. She was a member of Delta Kappa Gamma. Her first year of teaching was in Kingsville, Texas, as the home economics teacher. In 1942 she accepted an offer to teach home economics in Frisco and quickly volunteered for numerous additional duties, becoming pep squad director throughout the 40's. She was also senior class sponsor for the class of '48. Students from this time speak very highly of her impact on their lives as many of them stayed and raised their families in the area. When Edris first came to Frisco she lived in the home of Mrs. Sam Curtsinger, along with other young women just beginning their teaching careers. In 1945 she married Bernice Elliott from Frisco. Edris would teach every grade level, 1 through 12, in Frisco ISD during parts of four decades – the 40's, 50's, 60's and 70's.

Following is a quote from "A Tribute to Edris Elliott" published in The Frisco Enterprise of June 17, 1976, at the time of her passing. It was signed "one of her many students" and was contributed anonymously. The tribute states, in part, "To teach means to help to learn, inform, train and show how. Edris did all this and much more. Edris was our friend, our teacher, our leader. You might say she was a heroine, the woman that was admired for great deeds and noble qualities. Edris lives today, her influence lives in all her students."

She was a long-time active member and Sunday school teacher in the Frisco Methodist Church. She and Bernice had three children, Sam, Charles and Donna, and one grandson Jeff, all of whom graduated from Frisco High School. In 1973 she was honored as Frisco ISD Teacher of the Year while teaching second grade at Acker Elementary. She was a lifetime PTA member and an avid supporter of numerous extracurricular activities of Frisco ISD, particularly the school band in its early years. She died suddenly and unexpectedly in 1976 at the age of 57.