Report an Absence or Late Arrival 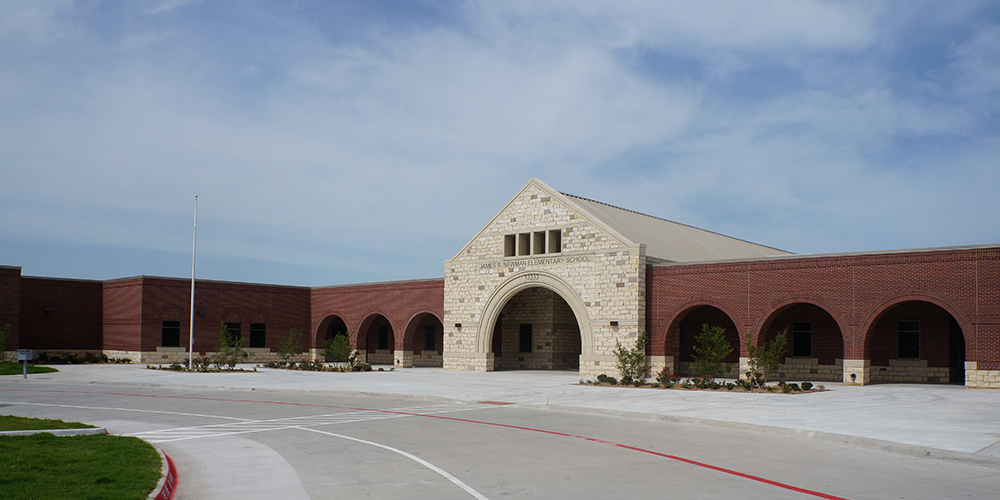 The John Lenox Newman family came from Tennessee and settled in what is now Frisco in 1841, when Texas was still an Independent Republic. There were six children born here. The three girls married local boys from the White, St. John and Robertson families. The oldest and only surviving son, Nathan Alexander Newman, married Martha Frances Cox and they had one son, James “Jim” Reeder Newman. Nathan died when Jim was a baby and upon the grandfather’s death, Jim and his mom inherited the farm. At 16, Jim went to Waco to further his education at Toby’s Business College, where he taught penmanship. There he met his wife Lula Neal and they married and came back to the family farm at the ages of 19 and 20.

Members of the Newman and Robertson families helped contribute to the creation of the Robertson School that was located near Sparks Elementary. Several of the J.R. Newman children attended this school and many teachers boarded in their home from time to time. Additionally, when children couldn’t make it home after a sudden rainstorm or snowstorm, they stayed over at the Newman home.

The J.R. Newman family later purchased a 100-acre farm just outside of the newly incorporated town of Frisco and built the first brick home in Frisco, located on the southwest corner of Hickory and 5th streets.

The Newmans were active supporters of the schools and youth and passed that sense of community and service on to their descendants. This school in Newman Village, located on Newman homestead land, continues the legacy of valuing education and supporting teachers and students that was so important to this pioneer family.