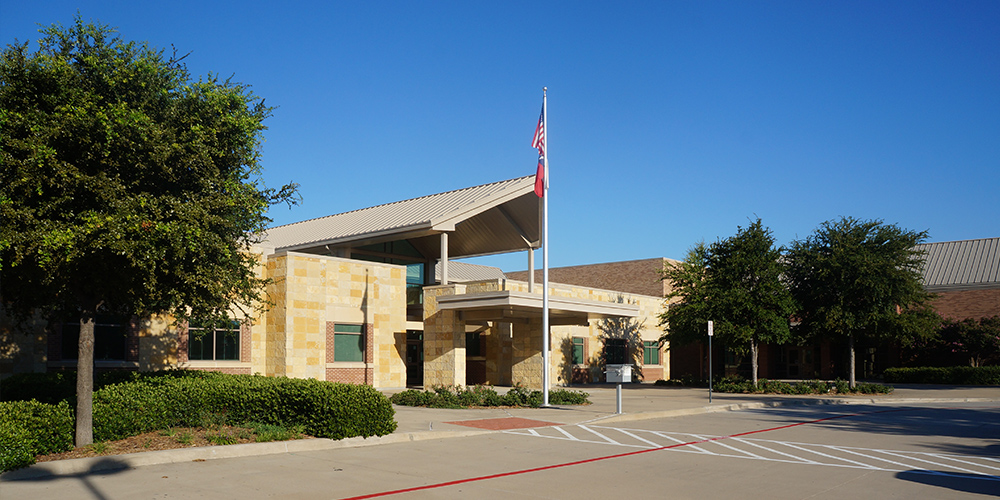 Dr. Ogle was one of Frisco’s first outstanding physicians and had a major impact on the early development of this community. He was born in 1870 in Tennessee and moved with his family to Texas in 1882. Upon receiving his medical degree in 1901, he and his wife Clara Maynard of Plano moved to Erudia to begin his practice. Erudia was a small hamlet located approximately three miles northwest of what is now downtown Frisco. He and others in Erudia saw the need for closer passenger and postal service by the Frisco Railroad and were instrumental in gaining the relocation of the post office, which then became Frisco in 1902. He moved into town at that time and later built a home using lumber salvaged from the old Howard School. That home he designed still stands on Oak Street.

Always a visionary, Dr. Ogle even had one of the first cars in Frisco! Dr. Ogle believed in civic duty and education, serving as mayor of Frisco and as president of the school board; Mrs. Ogle helped organize what became the PTA and served as president for many years. He instilled the importance of education in his family – one of his daughters was a teacher, and a great-granddaughter is teaching today. Dr. Ogle died in 1944.