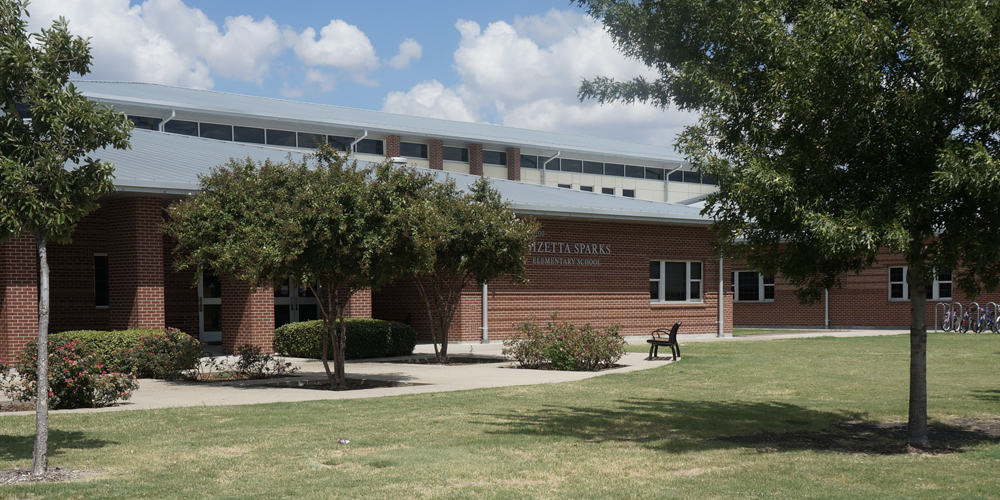 Dr. Izetta Sparks was born on May 5, 1902 to John and Sally Sparks, whose home was on a farm that grandfather Sparks had secured in 1859 as Free Exempt School Land of Peter's Colony. Her father built a cotton gin and moved the family to Frisco in 1913. In 1918, he bought a home in Frisco.

Izetta graduated from Frisco High School in 1920 and went to North Texas Normal College to earn a teaching certificate. As there were no vacancies for teachers in the home area, her uncle got her a position in the Fluvanna School in Scurry County. Her salary for the first two years of teaching was $90 a month. She returned to north Texas to finish her degree, which was needed to make more money. Izetta earned her bachelor's and master's degrees from North Texas State University.

Over the course of her career as an educator, she taught at Aubrey High School, Graham High School and Denton High. She also taught at the Laboratory School of North Texas State College, which was a teacher training facility and part of the Denton Public School System.

She retired in 1967 after 45 years in education and moved back home to Frisco. In 1974, Izetta sold the family farm in what became The Colony, and used the money to set up a trust fund through Hardin-Simmons University to provide scholarships to students. She became fond of the university and staff and served on the board of development and belonged to the President's Club. In 1980, she received the honorary Doctor of Humane Letters, the sixth woman to receive an honorary doctorate in HSU's 89-year history.

Izetta was a member of the Texas State Teachers Association and a life member of Delta Kappa Gamma. She directed seminars for the National Council of Teachers of Mathematics and was the first president of the Denton Classroom Teachers Association. She was an accomplished educator who was a lifelong learner and teacher.