Enrollment Update: Enrollment at Allen Elementary is at capacity for the campus. Any new students who live in the Allen zone and are entering grades K-5 in the 2022-23 school year will attend Vaughn Elementary. Transportation will be provided upon request to Vaughn. Access more information on busing. To finalize the enrollment process and request transportation, parents of new students should contact Vaughn Elementary directly. 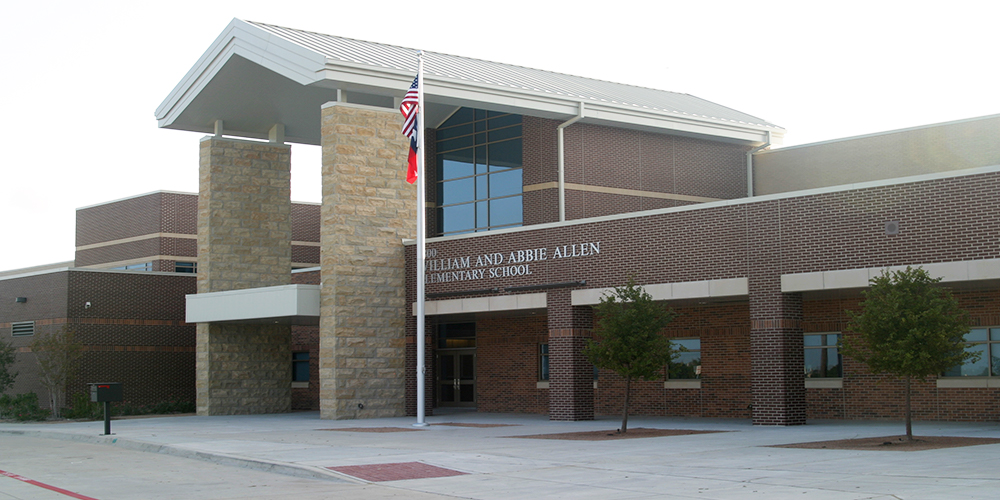 William Harrison Allen was born in Kentucky on March 18, 1834, and came to Texas by way of Kansas in 1855. A well-educated young man, he had dreams of becoming a landowner and speculator in Texas, but was a land fraud scheme victim, as the government-issued certificates were apparently easy to counterfeit.

After this setback, he resolved to turn to teaching to improve his finances and to help bring about an intellectual and moral change in Texas. Area historians believe William’s first school in a one-room, clapboard courthouse was probably located in what is now Gainesville in the Cross Timbers Region. While teaching, he also studied law and considered a future in politics – eventually deciding to become a Methodist Episcopal Church minister, receiving his license to minister in 1860. After the Civil War, William became a circuit-riding preacher. He began to amass his fortune buying land and cattle and continued teaching, eventually establishing Allen Academy in the Bethel area in the 1870s. In 1882, the school was sold to Bethel Methodist Church.

William and his wife, Abbie Mayes of McKinney, did not have children of their own, but many of the students boarded with the Allens. Persons of note who attended what was commonly-called “Uncle Billy’s School” were Dr. I.S. Rogers, Dow Bacchus and members of the Clark family.

William was renowned for his scholarly work. He authored three books during his lifetime and successfully ran for state senate. William died in 1908, and his will stipulated that upon the death of his wife, his estate should be used to fund the education of disadvantaged students at Southwestern University. When Abbie passed, she left money from the estate to Southern Methodist University.