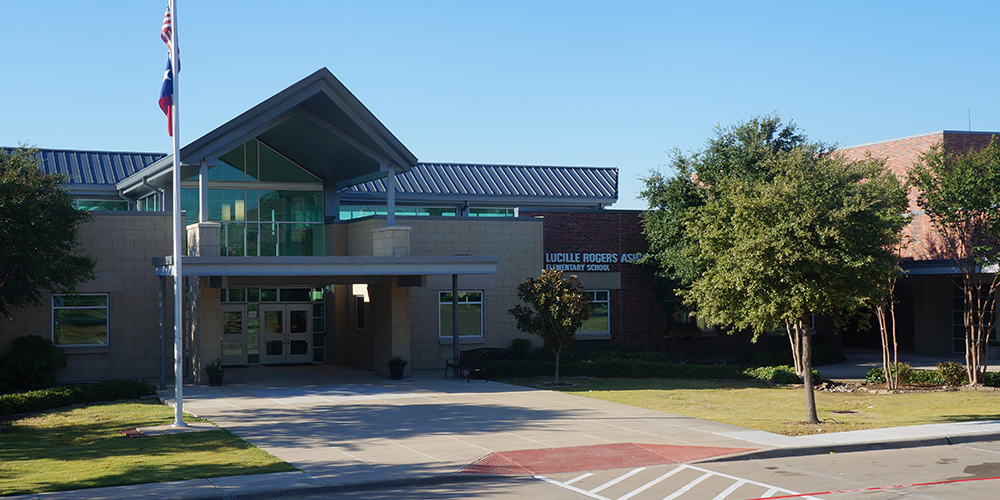 Lucille Rogers Ashley was born in 1906 at the “Rogers Place,” about 3.5 miles north of Frisco. It was settled in 1850 when her grandfather and great grandfather moved to the area from Tennessee. Education was in her roots early on, as the first community schoolhouse was built at Rogers Place in 1852.

Lucille was truly a renaissance woman of her time. As a college student at Texas Woman's University, she broke athletic records in track for hurdles and was celebrated in the county paper as the “best woman athlete TWU had ever seen.” She was also the pitcher on the softball team and high scorer on the basketball team. While in school, she studied to be a concert pianist and was the university’s prodigy, once playing on stage with 100 other grand pianos.

Lucille taught for 41 years, mostly in Frisco ISD. She taught at the elementary, middle and high school levels and was also a principal at a small school in south Dallas. She was an outstanding teacher and role model and made learning fun. When she passed in 1991, former student Janice Watkins wrote a note to her only daughter, telling her how much she had admired Mrs. Ashley. “I’ve always heard that at least one teacher would make a lasting impression in a person’s life. For me, this was your mother. I can see her today, standing in front of her desk, reading Tom Sawyer and Treasure Island. She was truly a wonderful person and I admired her greatly,” she wrote.

Upon retirement, she remained a substitute teacher in Frisco schools and continued to develop her artistic side with oil painting classes. She inspired many of her students to become educators, a resounding legacy.