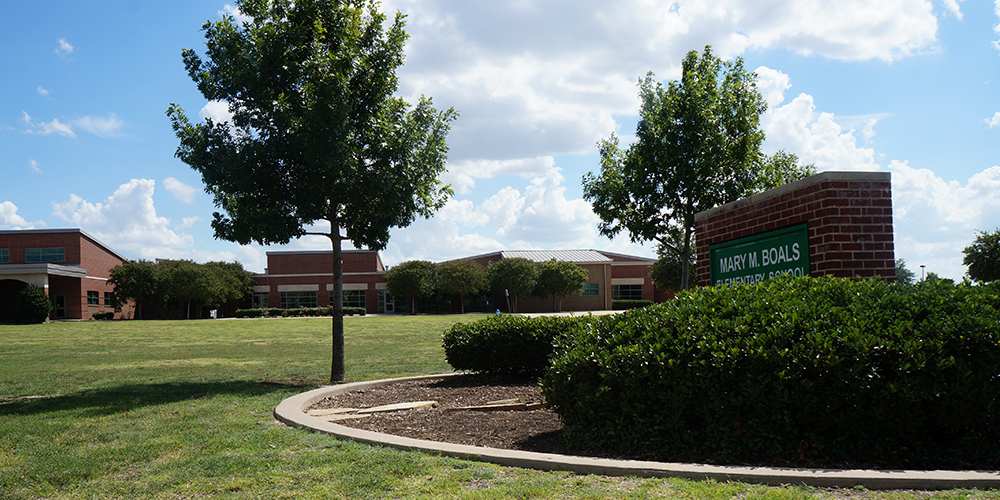 Mary Muriel Boals was born near Gunter in 1916 and graduated valedictorian of her class from Gunter High School in 1933. She attended what is now the University of North Texas and received her degree from Austin College. She began her teaching career at a three-teacher school outside of Westin called Lone Star. Later, she became the only teacher at a small school near Gunter called Stiff.

She married Homer Boals in 1939 and moved to Frisco in 1942, at which time she began teaching English at Frisco High School. During this time, she was also sponsor of the senior class, which included being responsible for senior day activities and graduation.

Boals took a 10-year break to care for her family before returning to the classroom in 1957. For several years, she was the sole first-grade teacher in the entire school district. During this period, she had many pupils who were children of her former English students. She remained a first-grade teacher for the next 25 years, including a year she was named Frisco Teacher of the Year in the late 70s.

She retired in 1982 after completing a total of 36 years as an educator. Until her passing in 2012, she was active in her church and civic organizations, including membership in the national women educator’s sorority, Delta Kappa Gamma. She is remembered for her compassion, smile and sweet demeanor.