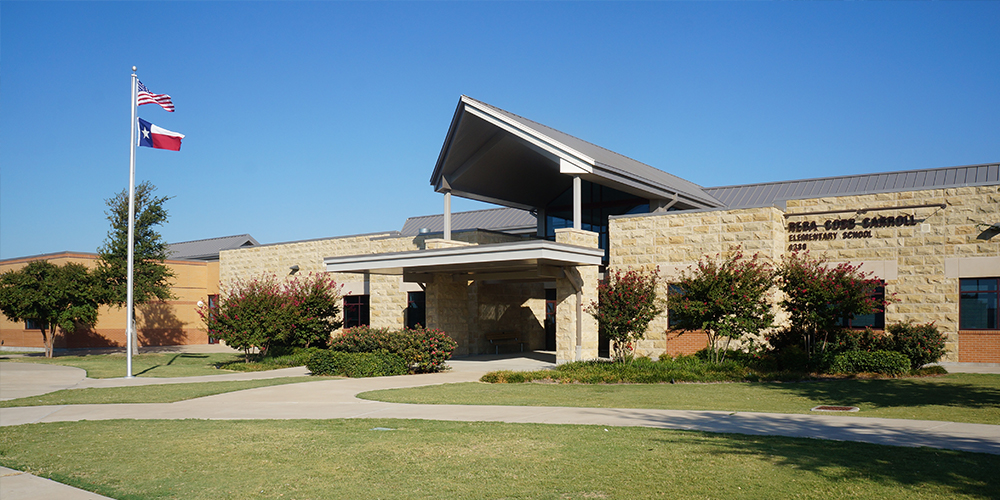 Reba Cobb-Carroll was born in Frisco in 1932 and raised on a farm with her siblings. She attended Frisco schools, graduating in 1949. She loved her school experiences and after graduation, she married Joe Carroll. When her children started elementary school, Reba joined the Frisco Parent Teacher Association, serving as vice president and president for two years each.

She began her career in FISD as secretary to Acker Elementary Principal Bert Isbell and later transferred to Frisco High School where she was secretary to Curtis Holcomb. In 1974, she became the administrative assistant to Superintendent William L. Hudson.

For 30 years, she was a leading ambassador for the school system. She was one of the “first faces of Frisco” people would meet or talk to when they moved to the area. She made a warm impression that added to that small-town friendly feeling that attracted newcomers and kept them here. Her colleagues at the time remember her for being lively, friendly and quick to put others at ease. She simply had a beautiful, welcoming spirit.