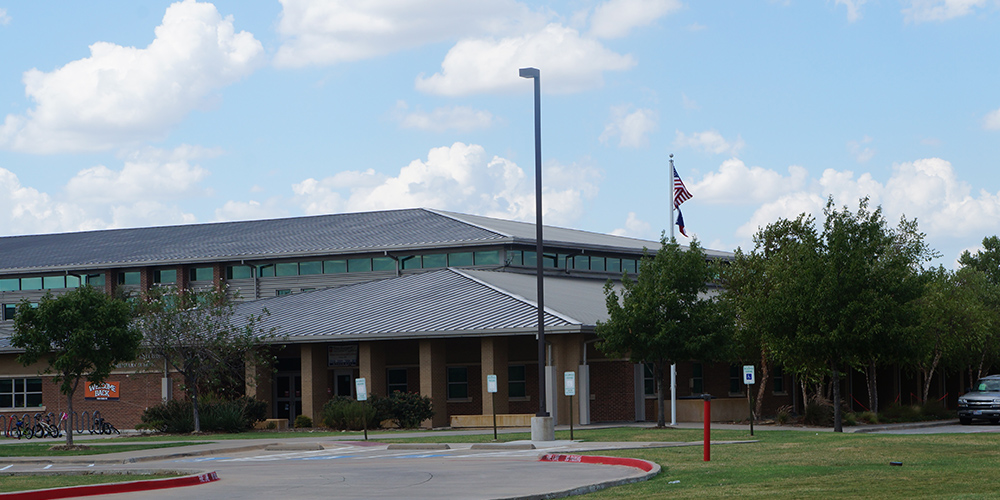 Wilma Johnson was born in 1920 in Farmersville, Texas. She obtained her bachelor’s degree from East Texas State University, her master’s degree from North Texas State University and also attended Southern Methodist University. She began her teaching career in 1939 and came to Frisco schools in 1942. When she first arrived, there were 12 grades and 11 teachers, so everyone “had to do a little extra.” Her first year, she even coached baseball.

In 1949, she married Frisco native, Donald Fisher. Wilma continued to teach business classes, including accounting, shorthand, business math and business law before retiring in 1984 with 42 years of service under the tenure of seven superintendents.

Wilma was known for many things, and her teaching example and her dedication to her students and the community are at the top of the list. All in all, she was responsible for 26 yearbooks, making lasting and affordable memories for Frisco's graduates. Wilma also sponsored the junior class for many years and published treasured cookbooks with recipes from Frisco cooks to make money for the junior-senior banquet.

Her diligence can also be credited with providing the first new typewriters after World War II. All the schools had sent their best typewriters to the war effort; when they were allowed to buy new ones, the school didn’t have the money, so Wilma held “42” parties and charged admission to raise money.

Her support and fundraising ingenuity never stopped at the walls of the schools – she also spearheaded cookbooks at the First Baptist Church and for the Frisco Heritage Association. In looking back at her career, Wilma said her proudest moments came from seeing her students succeed. And with a twinkle in her eye, she said she “certainly had fun along the way.”

Wilma passed away in 2008. Her life serves as a legacy of dedication in service to others.