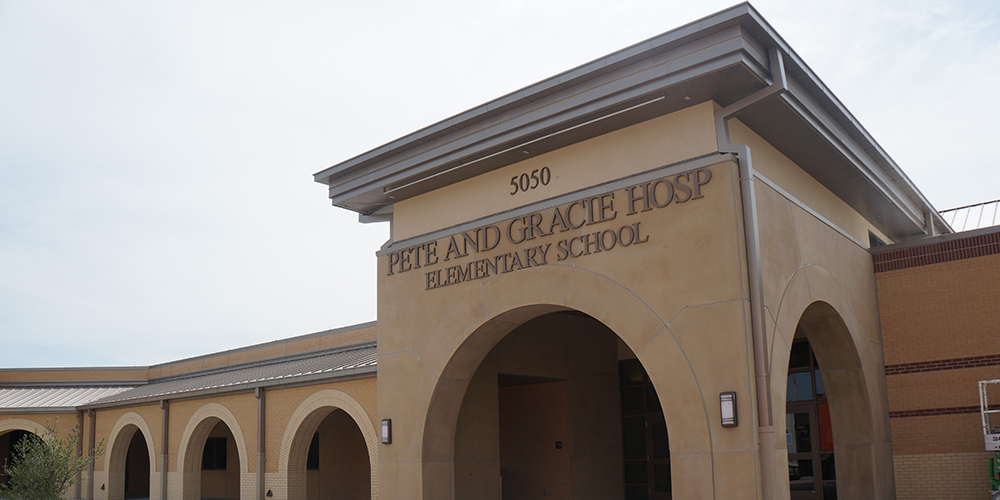 Instrumental in developing the thriving Frisco and Frisco ISD that you see today, Pete and Gracie Hosp served and volunteered in many capacities for more than five decades.

Pete and Gracie met when he was in the Air Force and stationed in Texas. They married and settled in Gracie’s hometown of Frisco in 1957. Early on, Pete got involved by serving on the Frisco City Council for three terms, beginning in 1960. He also served on the Frisco ISD Board of Trustees from 1980-86. He was selected to lead the effort to draft the Frisco Home Rule City Charter in 1987 and served on several boards and committees for city development and youth services.

Pete was honored with the Chamber of Commerce’s Silver Citizen of the Year award in 1989. His other volunteer efforts included service as a volunteer fireman, little league coach, Boy Scout leader and a deacon at Lebanon Baptist Church. Pete’s most notable volunteer role, perhaps, was as one of Santa’s helpers. For more than 40 years, Hosp donned the red and white suit to be Santa for the City of Frisco, churches, gatherings of family and friends, and to visit children in the hospital during the holidays.

When Pete was named as a potential campus namesake, he said that he didn't want to have a school named after him if it did not also have Gracie’s name included because "without her I could not have done anything." Their service and leadership in the community is admirable and leaves a profound stamp on our Frisco community.