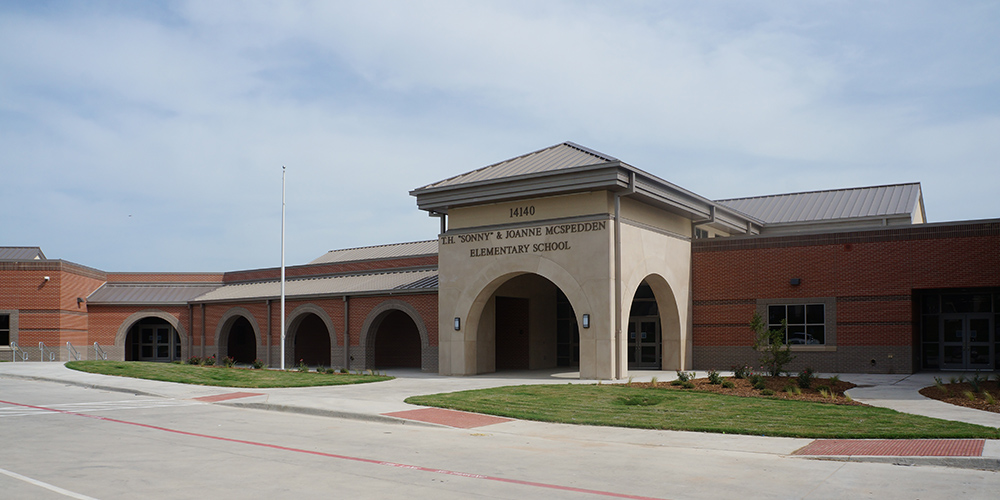 Sonny and Joanne McSpedden had deep ties to the Frisco area. Joanne’s mother’s family, the Salmons, originally settled in Little Elm but ran the first hotel in the new railroad town of Frisco. Joanne began her schooling in Little Elm but came to high school in Frisco, where she met T.H. “Sonny” McSpedden Jr., son of the Frisco First Baptist Church’s beloved pastor “Brother Mac.”

The McSpeddens were part of a group of active young parents in the 1960s and 70s who took the Frisco Homecoming Parade (which evolved into the Frisco Community Parade) to a new level of community involvement. They helped build one of the community’s first floats – a big red apple with a green worm sticking out of it that represented Acker Elementary.

He served two terms as a school board member during the years FISD built a new high school -- now the site of Staley Middle School and David Kuykendall Stadium -- from 1970 through 1976. Sonny McSpedden retired from American Airlines after a more than 30-year career.

Joanne held many positions in Frisco, even acting as the town’s newspaper reporter for a few years when her children were young. She retired from J.S. “Bill” Christie, Inc. after 26 years. She was very active in supporting the Frisco schools and the Heritage Association.

As Frisco grew, Sonny and Joanne were a big part of the “old” Frisco that helped embrace newcomers while helping to keep those connections that made Frisco special, easing the transition of Frisco from small town to a friendly city.