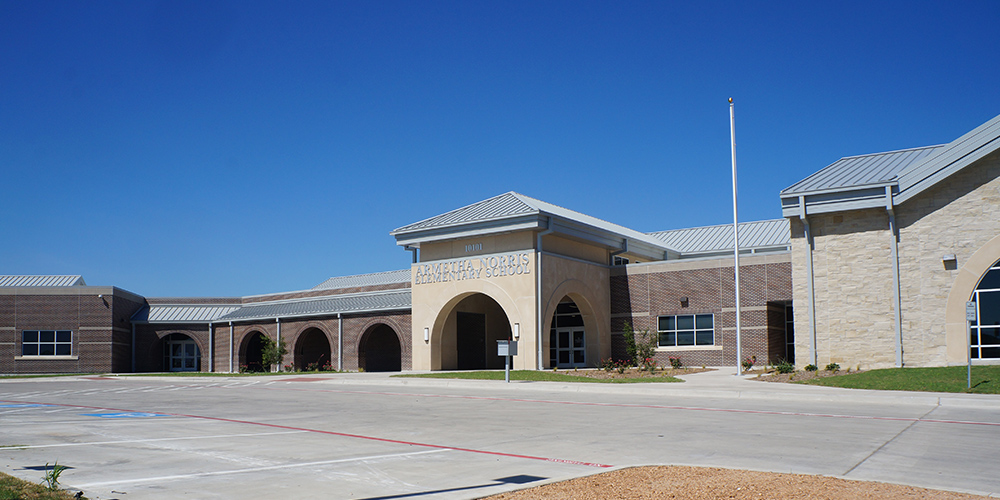 Armetha Norris began the school nursing program in Frisco ISD. In 1978, she developed the first school health program and nursing system in the District. The program she developed established an immunization program, a record-keeping system, a school health policy manual, vision and hearing testing for students, health rooms in each school, and skin and head lice testing and education. The program also offered referrals for children with health problems, blood pressure testing for employees, a migrant children’s health program, support of health and science teachers, and a nurse volunteer program. That program is the foundation of the current school health and nursing program.

Armetha and her husband Bob, an educator in Dallas ISD, moved to Frisco in 1961. They raised their children here, becoming active members of the First United Methodist Church of Frisco and the PTA. She was involved in diabetes and hypertension community education early on, helping develop a screening program in Little Elm.

Armetha graduated from Dallas Methodist Hospital School of Nursing in 1950; she earned her bachelor’s degree in Sociology in 1967 and her Masters of Science in Community Health Nursing in 1978, both from Texas Woman’s University. As she brought up her family, she also worked as a nurse at Collin Memorial Hospital doctor’s offices, including that of Dr. Erwin G. Pink. Prior to joining Frisco ISD, she was employed by Dallas ISD as a nurse for seven years. While leading the FISD school health program in the late 70s and 80s, she also served as Secretary of the District’s Community Education Advisory Council and was a member of the board of the Collin County Red Cross.

Armetha is a lifetime member of PTA and was honored with a nomination for School Nurse of the Year with the National Association of School Nurses.