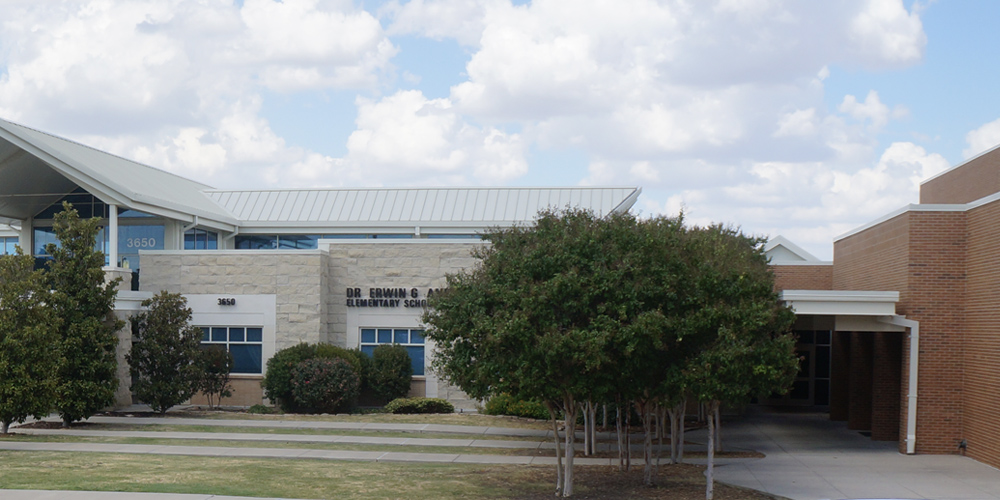 Together, Doctor Erwin G. and Elisabeth Rue Pink made a significant impact on Frisco ISD and the entire community.

Erwin served on the Frisco school board from 1955-1972, a total of 18 years. His six terms represent the longest tenure for a board member that can be documented, including 10 years as vice president. He served as the volunteer school health official and football team doctor from 1954, when he moved to Frisco and began his practice, until his retirement 43 years later. He was recognized for his commitment to the community by being named as Frisco’s "Citizen of the Year" and was conferred as a Lifetime Member of the PTA in 1979.

Elisabeth was an educator for many years and her love of learning is evident in all of her volunteer efforts. She was active in the PTA, chairman of the Collin County Historical Commission for eight years and instrumental in establishing the Collin County History Museum, where she served as volunteer director from 1979 until 2002. In 1994, Elisabeth was honored as Frisco`s Silver Citizen of the Year. She also chaired the FISD Citizens Facility Naming Committee for several years; this group of long-time citizens worked to bring names forward of families, citizens and educators who contributed greatly to the beginnings of Frisco and the development of its young people.

In 2004, the Pinks were named Legends by the Board of Collin County Community College. In retirement, they were leading members of the Heritage Association of Frisco, which works to keep Frisco traditions and history alive