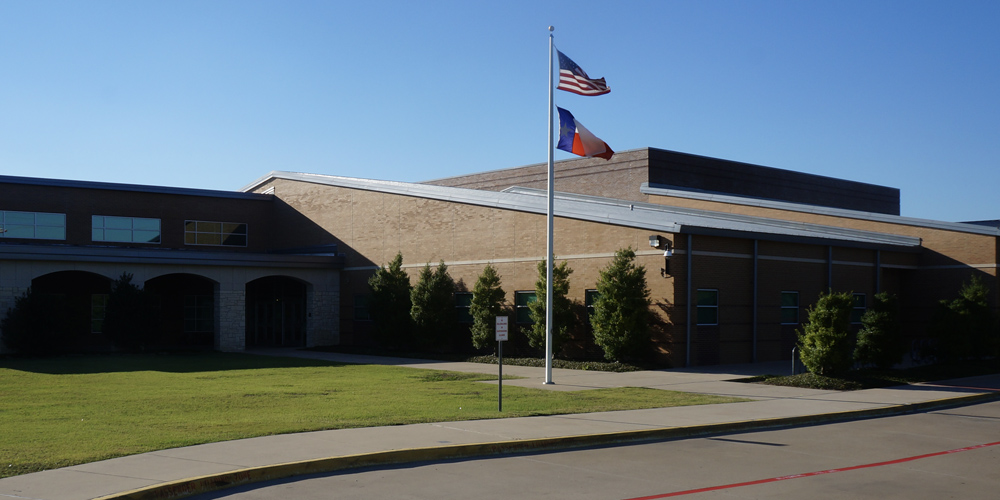 Jessie Marie Harris Riddle was born in 1913 and graduated from Frisco High School in 1930. She obtained her teaching certificate and began teaching school at the three-room school in Hackberry for six years and Lake School for one while finishing her degree at what is now the University of North Texas. For five of the six years at the Hackberry School, she was the only teacher; it then consolidated with Little Elm.

Jessie Marie wanted to stay in the area, so for the next two years she helped her family by picking cotton in the fields. In 1942, only a couple of weeks into the school year, she received a call offering her a job to begin teaching at Frisco Schools the next day. She began her career in the Frisco ISD teaching sixth and seventh grade math and eighth grade history. Then, when the grade school principal was called into the service and the teacher who replaced him left after a year, Jessie Marie also served as principal for the next three years. When a full-time principal was hired, she asked to be the third grade teacher at a time when there were almost 50 students in one small room. The school soon realized that large classes should be divided!

Jessiie Marie was passionate about teaching and had a great love for her students. Her husband, Richard Riddle, died not long after they were married, and Jessie Marie had no children of her own. Her former students recall the resounding impact she had on them. Jessie Marie was a lifetime member of the PTA and taught for 42 years, serving the students in the FISD for 35 of those years before retiring in 1977.