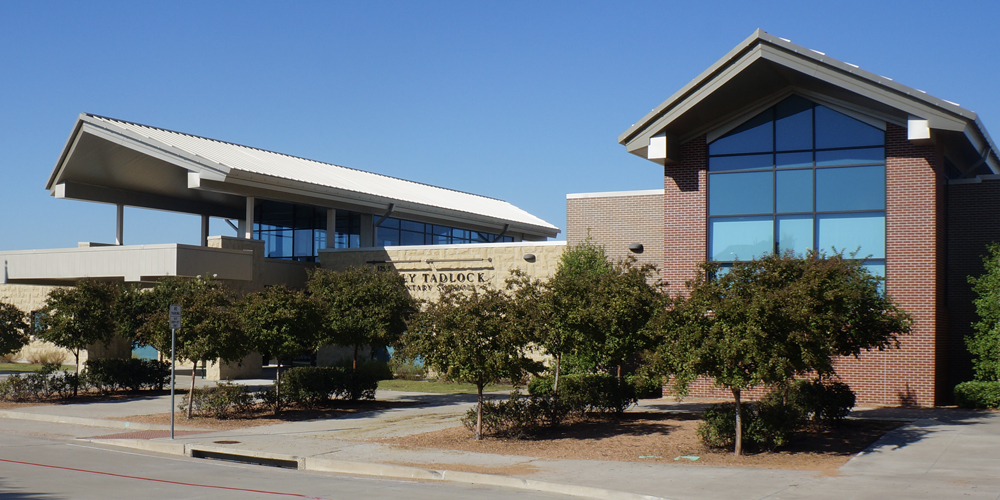 Polly Hampton Tadlock was born in Ponder, Texas and then moved to Fort Worth, where she graduated from North Side High School. After high school, she attended Texas Christian University and later received her bachelor’s and master’s degrees from Texas Woman’s University. In 1946, Polly married J. D. Tadlock, whose lifelong career was ranching and training quarter horses.

Polly Tadlock taught in Frisco schools from 1968 to 1989, working at both Acker and Rogers elementary schools. Prior to teaching in Frisco ISD, she taught in Pilot Point, giving her a total of 24 years in education when she retired in 1989.

Polly Tadlock’s career was filled with instances where she was willing to help students in and out of the classroom. Known for following her students as they entered adulthood, Polly tried to be there for her students at the various milestones in their lives – weddings, births and difficult times.

After teaching, she pursued a second career as a real estate agent. She helped many Frisco residents find new homes over the years in the school district that she loved.

Polly received a lifetime membership award from Texas Parent Teacher Association in 1963, was named Acker Elementary School Teacher of the Year in 1983 and was awarded the Frisco Chamber of Commerce Silver Citizen of the Year in 2002.