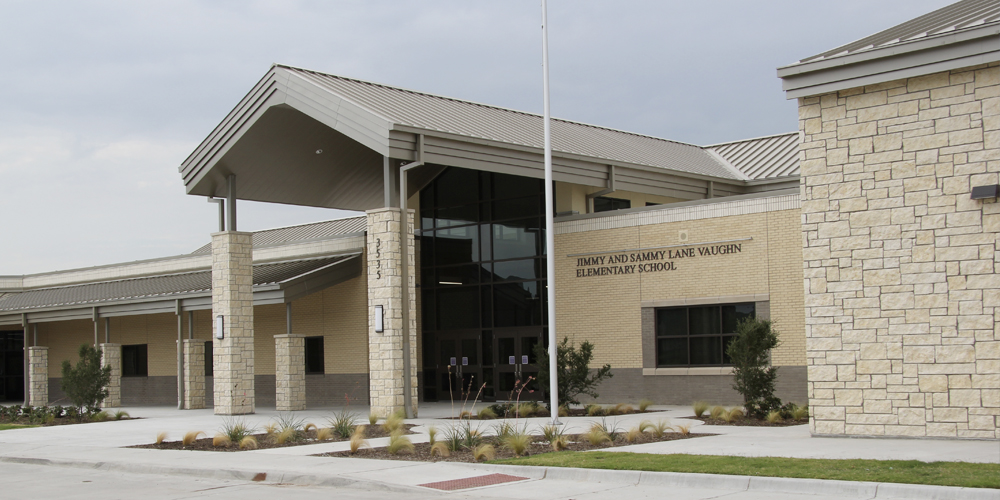 Jimmy and Sammy Lane Vaughn were graduates of Frisco High School and married in 1955.

Community service and involvement were instilled in Sammy at a young age. Her father, Sam Lane, served as President Woodrow Wilson’s driver during World War I and returned home to serve as a School Board Trustee in the late 30s and early 40s. He also served as Mayor of Frisco in the mid-1940s. Sammy was Frisco ISD’s first paid secretary, serving the Superintendent of Schools from 1960 to 1972. She later worked for GNB Technologies until her retirement in 1996.

Jimmy Vaughn followed in his father-in-law’s footsteps and also served on the FISD Board of Trustees from 1974 through 1977. Following his retirement from Texas Instruments in 1993, he worked for FISD in various capacities, including as a crossing guard and bus monitor.

The Vaughns model a spirit of kindness and service that set a strong example for students. The Vaughn family played an active role in Frisco’s development and were strong advocates for education. The Vaughn family has served the community in several capacities, and that includes Jimmy and Sammy’s son Blake Vaughn, who served on the School Board in the 1980s and is now the Director of Maintenance.