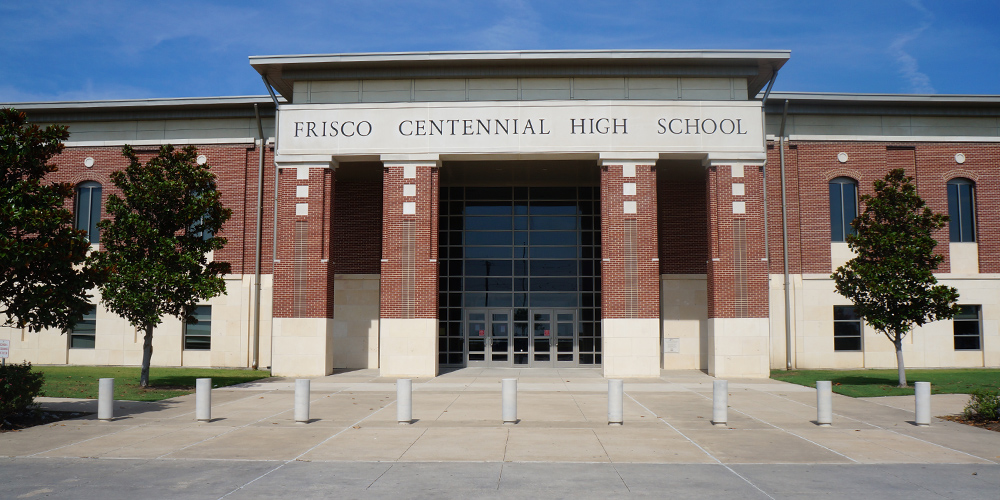 In 2002, the City of Frisco celebrated its Centennial year. When Centennial High School officially opened its doors to students in 2003, the District wanted to commemorate the legacy of the community.

Frisco was officially established in 1902 after the railroad station took the name Frisco City in March of 1902. Frisco was a combination of FR, derived from Francisco; IS, which came from the latter part of St. Louis; and CO, which was for company in honor of the St. Louis, San Francisco and Texas Railway Company. The town itself was without a permanent name until May 15, 1902 when the local paper proudly announced, “The name of our town is finally settled.” When the town officially became Frisco, the railroad company immediately dropped the “City” in Frisco City and changed the station name to Frisco as well.

Centennial, the second high school to open in FISD, is fittingly named to commemorate the first 100 years of the city, while acknowledging 100 years of Frisco ISD. A major portion of the campus construction occurred during the 2002-03 school year, 100 years after the school district was reorganized as the Frisco Independent School District.