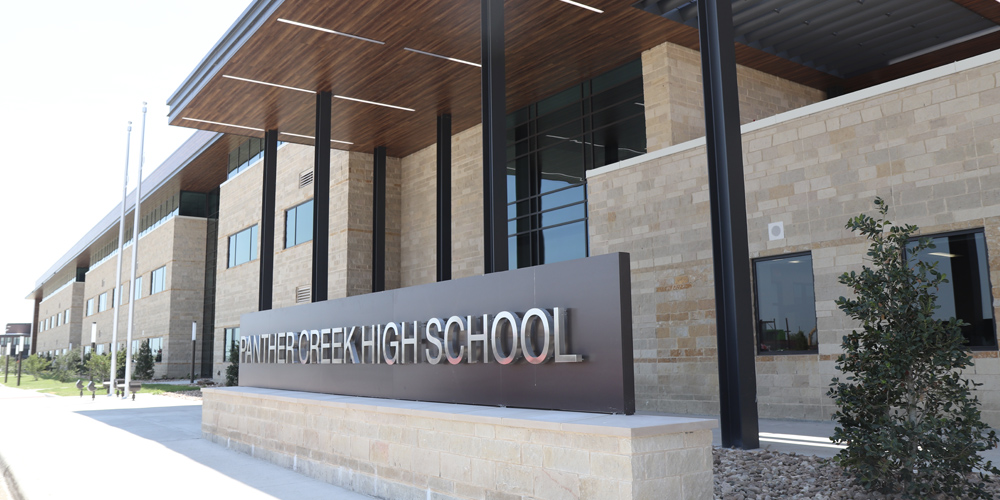 Panther Creek High is named for the creek that will border the campus property. Panther Creek, a tributary of Lake Lewisville, was most likely named because of a panther killed on or near its banks. No panthers have been spotted on the creek or near the anticipated campus recently.

The portion of Panther Creek near the Denton/Collin county line was the site of the Bates Settlement, also called the Kentucky Settlement, as all the people that settled the land immigrated from Kentucky in the 1850s.

The creek provided fresh water for the settlers and possibly the Caddo Native Americans who traveled through the region. The settlement's founder, Rev. William Bates, is credited with bringing Methodism to North Texas. All that is left of the Bates community is Zion Cemetery, which is located along FM 423 just north of Panther Creek Parkway.