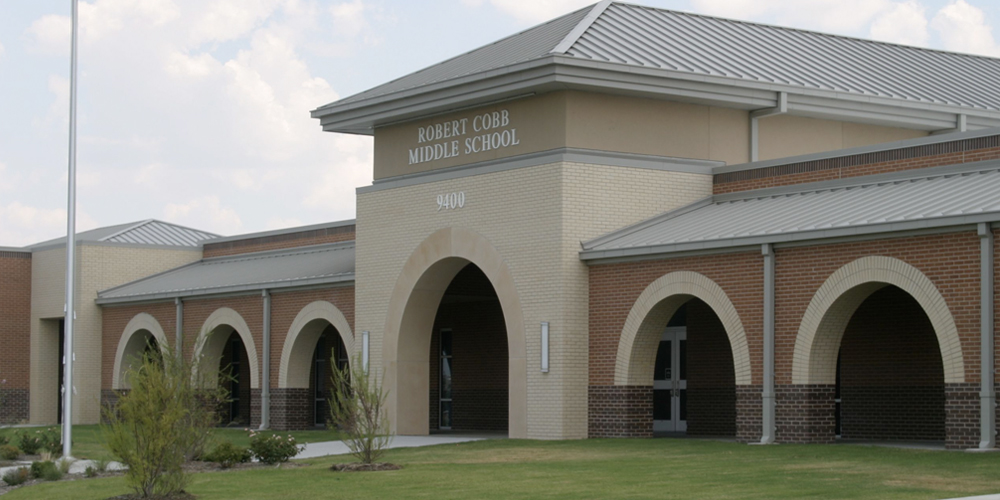 Robert Cobb served as a board member for ten years from 1955-1964 and was vice president for two years. A farmer and landowner of large tracts west of town, his family has continued to contribute to the success of Frisco schools. Charlene, his wife was a community and church leader; son Scott served 11 years on the board and headed the Buyer’s Committee at the Collin County Fair with brother Chris, and Scott’s wife Stephanie taught home economics for several years; son Jerry, and his late wife Ellen, were parent leaders at Frisco High School, especially in power-lifting, and Jerry has served on citizen’s bond committees, as well. This school honors Robert and the contributions of his entire family.