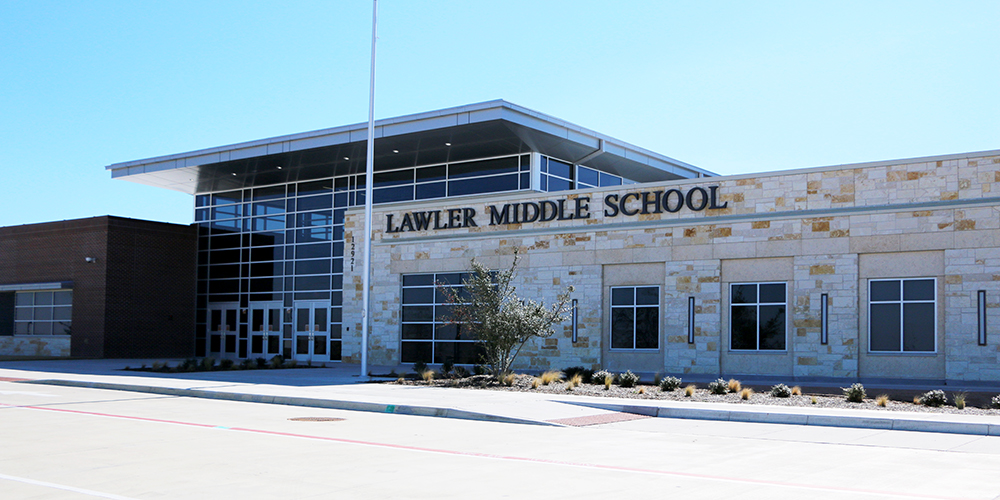 Lawler Middle School sits on the site of what was part of the extensive Lawler farm, owned by Roger Lawler, longtime Frisco resident and landowner.

Lawler was born near Ben Wheeler, Texas and was 16 when he enlisted in the Navy just after World War II. At that time, he was assigned to a submarine based at Pearl Harbor. He joined the Marine Corps during the Korean War and was shipped overseas as a member of the Black Sheep Squadron. In between the wars, he attended both the University of Texas at Arlington and Southern Methodist University. Upon his return to Texas, he worked at United Airlines and NASA. In the 1960s, he bought a farm in Frisco and continued to be successful buying and selling land.

In 2014, he and his wife, Jody, gifted the Frisco Education Foundation $1 million to endow scholarship funds for graduating seniors who would not otherwise be able to pursue a postsecondary education due to financial hardship.