All About Rogers Elementary 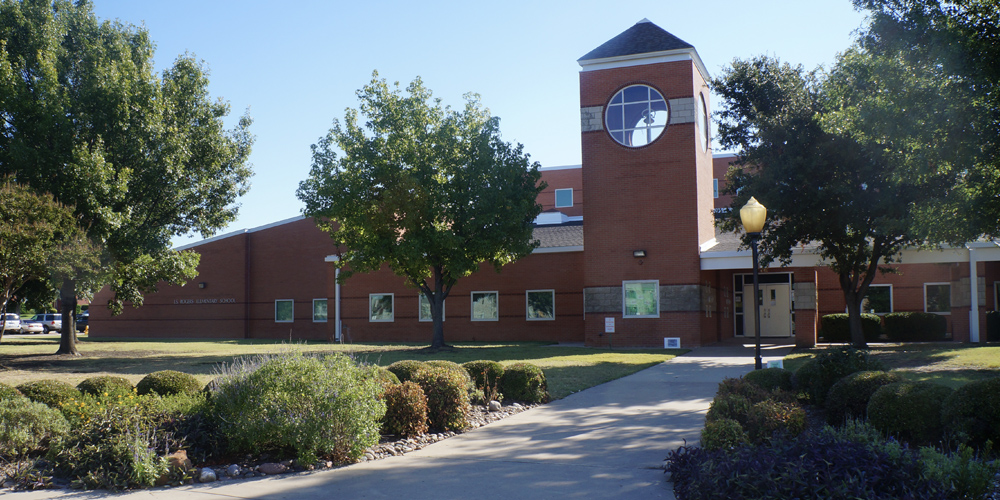 Dr. Isaac Stewart Rogers was the first doctor and mayor of Frisco. He was the son of pioneer settlers in the area who came to Texas in 1847 from Jackson County, Tennessee. Dr. Rogers was born in 1861. He attended the school known as Allen Academy, and in 1882 he began his medical studies under J.B. Hill of Lebanon, Texas. In 1886 he received his degree in medicine from Vanderbilt University in Nashville, Tennessee and soon became partners with Dr. J.D. Carpenter, a practicing physician in Little Elm.

Dr. Rogers married Sudie Kate Gough in 1888 and they had nine children. In 1902, when Frisco was founded, Dr. Rogers moved his family to Frisco, building one of the town’s first houses. For most of his 48 years of practice he worked for the people of Frisco, looking after not only their physical needs but giving counsel to their everyday issues and concerns. He was dedicated to his profession, to the people he served and to his community. As a firm believer in education and the community, he would be proud to know that many of his descendants have chosen careers in service to the community.