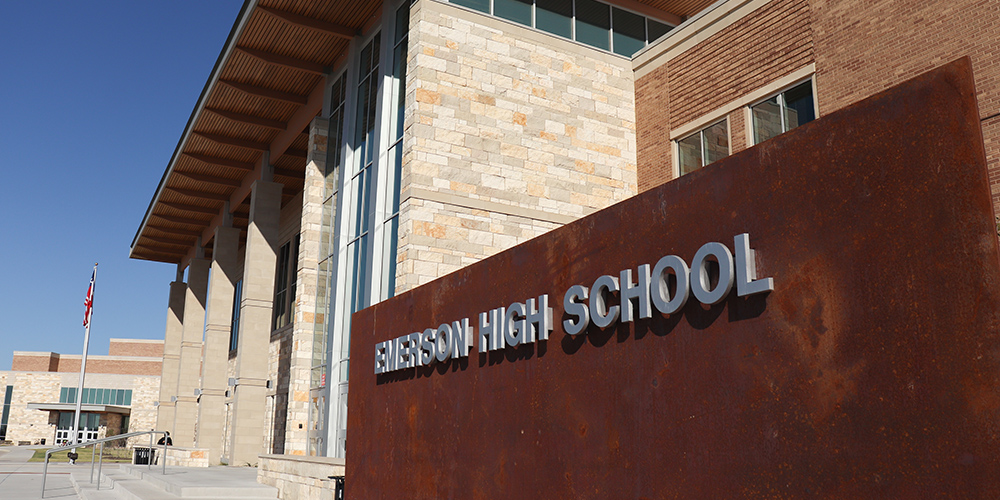 Before Frisco was named Frisco and before the people of Lebanon, Texas rolled their homes to Frisco, the town was named Emerson. In 1902, the first plot of land was purchased to establish the town of Emerson.

Emerson was named for McKinney businessman Francis Emerson, who owned the farm where the townsite was located. He owned large tracts of land, including a lake, which were renowned as some of the most beautiful ranches west of McKinney.

In 1902, a line of the St. Louis-San Francisco Railway was being built through the area, and periodic watering holes were needed along the rails for the steam engines.

At the time, the settlement of Lebanon was located on the Preston Ridge and was too high in elevation, so Emerson’s lake was perfectly placed about four miles to the west on lower ground.

The Blackland Townsite Co., a subsidiary of the St. Louis-San Francisco Railway, bought the land from Emerson in 1901. Emerson sold his land for $30 an acre, much less than the current $200K an acre now.

The original town of Emerson was bordered by what is now known as John W. Elliott Drive, North and South County Roads, Ash Street and Walnut Street.