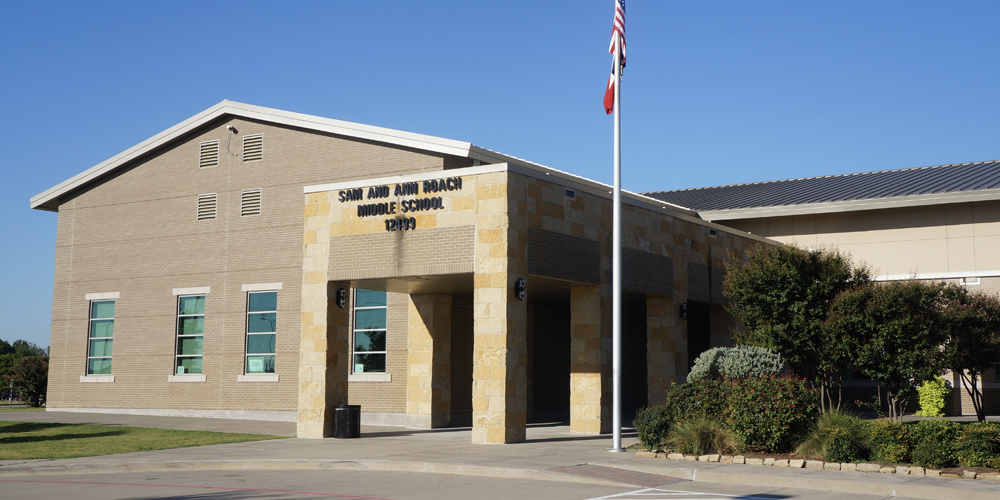 Sam and Ann Roach were both from Frisco families who have been in the area since the late 1800s. They were the second generation of their families to attend Frisco schools, and they both graduated as class valedictorians. They cherished their childhood in Frisco and were committed to continuing to make it the best place it could be for young people.

Sam Roach served four terms on the Frisco ISD Board of Trustees from 1978-90. He was president for seven of those years and vice president for one. He also served for 13 years on the Collin County Community College District Board. He also served as a member of the Collin County Community College Foundation Board for 15 years. In addition to these educational roles, he played significant part of the economic development of this area, dramatically influencing our school system through his service on the Frisco Economic Development Corporation, including several years as president.

Ann Haggard Roach worked as an assistant teacher in a Montessori school for more than a decade and served as a volunteer school nurse in FISD for many years. She was also a lifetime member of the PTA.