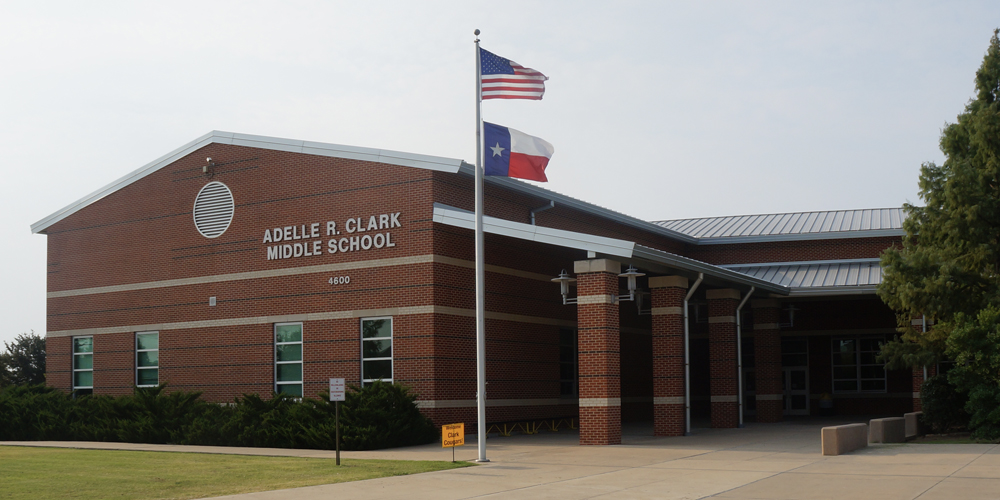 Adelle Rogers Clark is the great granddaughter of some of the earliest settlers in Collin County -- Lanson and Edith Clark. They came from Tennessee in 1845 and helped to settle the village of Lebanon. Adelle R. Clark Middle School and Noel Smith Elementary School are built here on what we call the Lebanon Campus, in honor of this early settlement.

Adelle was born in Lebanon, Texas, to Richard and May Haggard Clark. She, along with her siblings, Delmer, Clayton and Emma, grew up on the farm and attended Lower School in Lebanon. All the Clark children received their diplomas from Frisco High School, and, even though times were hard, they all went on to graduate from college.

A long-time professor of Spanish at Texas Christian University and East Texas State University, Adelle was well-respected as an outstanding teacher and author of several books. One of her books, "Lebanon on the Preston," is a great historical reference of this area and has been reprinted by the Heritage Association of Frisco.

In academic and literary circles, Adelle Rogers Clark is probably the most well-known person from this area. An outstanding educator, an author, and a pioneer of the early communities that now make up Frisco, Adelle will forever be immortalized as the namesake of this second middle school in the Frisco ISD.